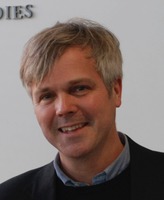 Gavin H. Whitelaw (Ph.D. Yale 2007) is a sociocultural anthropologist whose research focuses on issues of globalization, commerce, work, food, and consumer culture particularly in the context of contemporary Japan.

Born and raised in coastal Massachusetts, Gavin has deep ties to New England and Japan. He received his B.A. from Wesleyan University in Russian and Soviet Studies and taught English in the Tohoku region on the JET Program for three years, during which time he founded a sister-school exchange between two middle schools—one in rural Yamagata, the other in his hometown on Cape Cod.  Gavin received his A.M. from Harvard in Regional Studies–East Asia and his Ph.D. from Yale in Anthropology. He was a postdoctoral fellow at the Reischauer Institute during 2007-2008 and, most recently, a visiting scholar in residence during 2014-15. Gavin was Senior Associate Professor of Anthropology and Japanese Studies at International Christian University in Tokyo for eight years, having joined its faculty in 2008. He has also been a visiting faculty member at Colorado College and Waseda University in Tokyo.

Gavin’s research examines the social life and human cultural ecology of Japan’s convenience stores (konbini) which, in contrast to their prosaic counterparts in the U.S., exert great influence on Japanese consumer tastes, impact commodity distribution patterns and labor markets, and organize routines and lifeways in Japan.  His research has been supported by FLAS, Fulbright, and MEXT, and his writings have appeared in a number of journals and volumes, including Anthropology of Work Review, Chuo Koron, Capturing Contemporary Japan (Hawai’i 2014), and Gastronomica. He has served on the executive editorial board of Social Science Journal Japan (SSJJ) since 2010. He was also a member of the Association of Asian Studies (ASCJ) Executive Board from 2010 until 2016.